This post may contain affiliate links, meaning I get a commission if you decide to make a purchase through my links, at no cost to you. All opinions are my own. Read my disclaimer for more information.

What if you had a partner or friend that was having tight control over you, always demanding your attention and distracting you from work, hobbies and other loved ones?

You would probably feel suffocated. And if your friend were in such a relationship, you’d advise them to call it quits – right?

We can often spot when someone is in a toxic (love) relationship. But we all seem to overlook the fact that most people are in a toxic relationship with their phone – whether for work or personal life.

Look, it’s true that smartphones, tablets and mobile data internet have simplified our lives in many ways.

We have all the information in the world at our fingertips, we need one click to get in touch with people anywhere in the world and it provides entertainment on demand.

However, all these technologies have quickly changed the way we live and even how our brains are wired.

We spend most of our waking hours on online devices and are often surrounded by multiple screens at once.

In this fast-paced, high-tech world we are always “on”. Most of us have become so accustomed to this sensory overload that we don’t even consider how it might affect our health and well-being.

Spoiler alert: it is often for the worse and can negatively affect our overall health.

Therefore, creating a healthy relationship with technology is important: This is where digital wellness comes in. 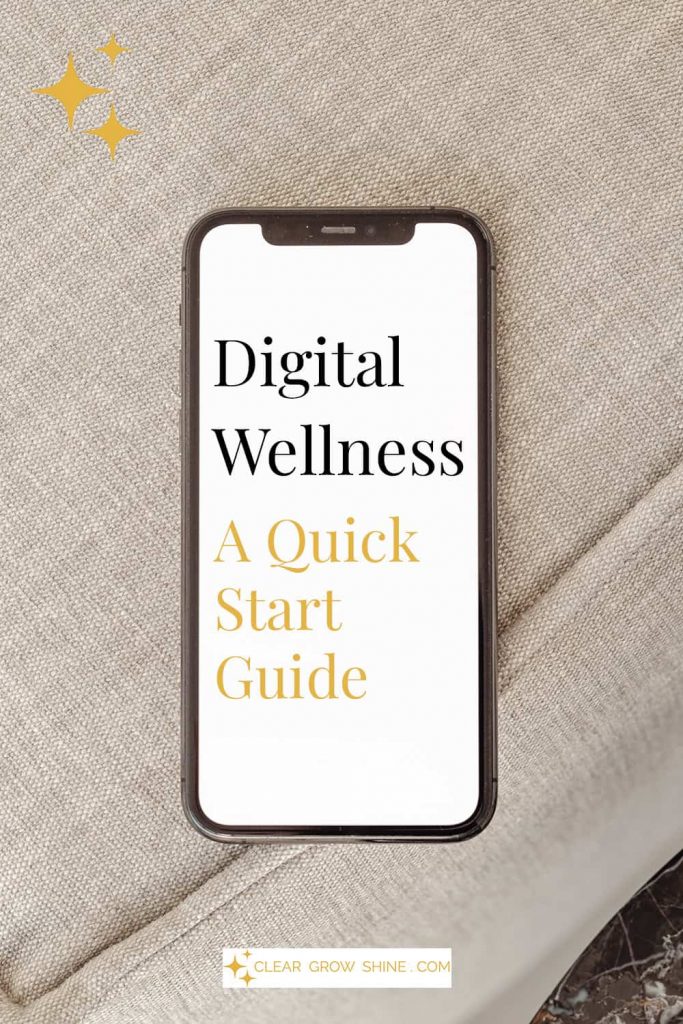 What is digital wellness?

No, digital wellness is not about unplugging and living like the Stone Age.

Technology supports us in many ways and is not an enemy we must defend against, but we should learn to live with it in a healthy way.

Digital wellness is the ability to create and maintain a healthy relationship with technology to use its full potential but not let it become a distraction and obstacle in life.

It is about being intentional about how, when, where and why you are interacting with technology. This allows you to have greater control over your devices instead of feeling like they control you.

Why do I need digital wellness?

It doesn’t only have to do with your phone but with digital technology and screens in general. However, you may not be able to spend less time on your work computer. And phones are often the devices we spend more time on than necessary.

If you think about it for a second, we’re glued to a screen almost every waking moment of the day: when we wake up, during commuting, on the toilet, when waiting for something, at work (both on our computer and phone), on the sofa, perhaps during eating, when walking, in bed, etc.

First of all, our bodies were not built to look at screens this much. No wonder many people suffer from eye strain, diminished eyesight, “tech neck”, sore thumbs, computer arms and stiff shoulders. And all the sitting and not moving leads to physical health issues, such as heart problems and obesity.

And on top of that, it is wasted time.

Do you feel like you never have time for anything? Has it been some time (years?) since you’ve done your hobbies? Do you feel busy at work but at the same time never finish a project?

And that is based on data from 2018… I couldn’t find more recent worldwide stats at the time of writing, but I did find them for the US. The average American now spends 5 hours and 24 minutes on their phone daily, aka 38 hours per week.

And we have the audacity to say we “don’t have time” for so many things! Just imagine what else you could have done in that time, or even half that time. 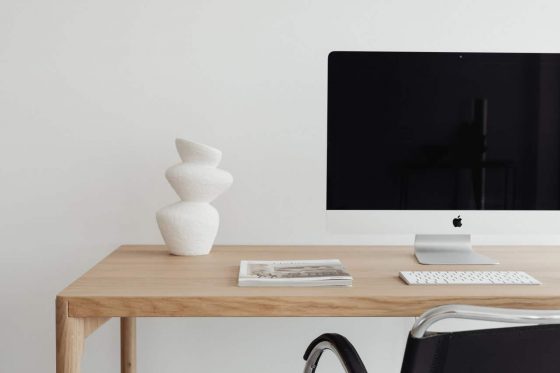 Let’s get started with a few simple tips

Now that we know too much screen time is bad for our physical health, has several other negative effects and takes up so much time, it is clear we need to establish a healthy relationship with technology.

To do that, we need to create boundaries.

It is similar to breaking a bad habit. Basically, you want to make it as easy as possible to spend time without technology. And as hard as possible not to pick up your phone (or laptop/tablet).

A simple strategy is to keep your phone out of sight when working, for example in a drawer or another room.

Newer phone operating software allows you to create multiple “focus modes”, where you can schedule which notifications you’ll receive, implement screen time limits and even customize which apps you will see on your home screen.

You can hide your work email app after work hours, so you will be less inclined to open it. Or hide social media and news apps when you need to work. Out of sight, out of mind!

Furthermore, avoid devices an hour before and after sleeping to improve your sleep, reduce stress and anxiety, and wake up more peacefully.

The best way to do this is by keeping your phone out of the bedroom. Get a simple, traditional alarm clock and see how your life will transform just from this small step.

Do you struggle with spending too much time on social media? Grab my free social media detox guide for practical tips on how you can create a healthy relationship with social media so you’ll have more time to live your real life.

Hi, I would love to hear your thoughts on this post! Cancel reply 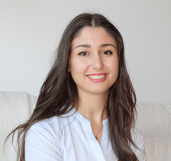 Hi, I’m Zuba. If you want to be more intentional about your time spent on social media, learn about digital minimalism and create healthy phone habits, you’ll feel right at home here. 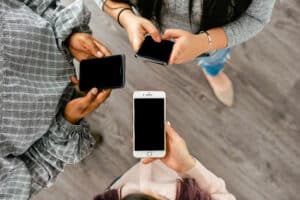 6 Exercises To Improve Your Focus 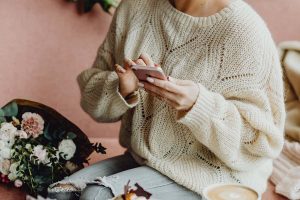 75+ Things To Do Instead Of Social Media 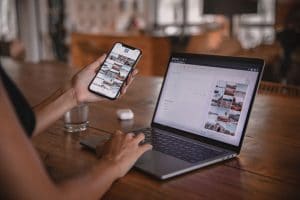 The Best Screen Free Activities For At Home

Thank you for letting me know what you think!

I’ll make sure you’re the first to hear about special offers and any news.

By signing up for this freebie, you agree to receive email updates from Clear Grow Shine. Don’t worry, we hate spam too. You can unsubscribe anytime. For more details, review our Privacy Policy.